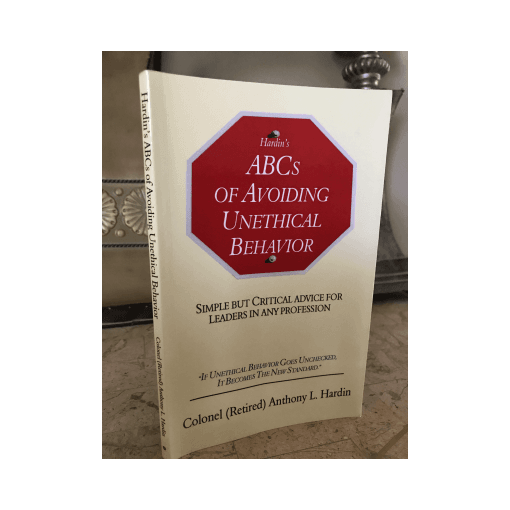 The author, a retired U.S. Air Force Colonel, sat in a staff meeting at the Pentagon one morning and listened to two senior level Air Force officials explain the downfall of the Air Force’s top lawyer, a two-star general. The top lawyer, allegedly, had affairs with 13 officers, enlisted members, and civilians. The very person charged with upholding justice within the Air Force had fallen far from his ethical framework or had never truly established one. As the two senior officers discussed the demise of their colleague and friend, they discussed the perils of e-mail and how e-mails provided the smoking gun in assuring the downfall of the top lawyer. Hardin sat there stunned. As a Colonel in the Air Force, he had had a difficult time explaining the top lawyer’s actions to junior Air Force members. Now two senior officers are talking about the contents of e-mail as the primary lesson learned from the situation? It didn’t compute. The senior officers dwelled on how the top lawyer was caught instead of his unethical behavior. This case occurred on the heels of other well-known ethical lapses by leaders (Enron, WorldCom, etc.) outside of the Air Force. Based on the author’s experiences during his Air Force career, to include the experience at this staff meeting above, he felt he could assist leaders in defining their ethical framework. He’s chosen to do so by sharing his own ethical framework, which he calls the “ABCs of Avoiding Unethical Behavior.” The author has written a book on ethical behavior that the average person in a leadership position, regardless of profession, can relate to. He takes a serious, yet entertaining approach in making his points about the importance of ethics and the importance of leaders to establish a solid ethical framework.